An Appreciation of the Criterion Collection 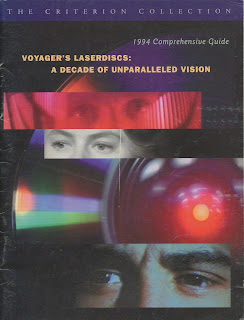 In 1994, I wrote an essay titled "An Appreciation of the Criterion Collection" for the company's tenth-anniversary catalog. A small company in Santa Monica, Criterion single-handedly created a market in the 1980s for the nascent laserdisc format with its painstaking releases of classic American and international films with their aspect ratios intact and a wealth of interactive supplementary material. This content was later transferred over to the DVD and Blu-ray formats. Criterion was a pioneer in interactive media and popularized letterboxed releases, which arguably led to an acceptance of widescreen TVs by early adopters and, now, full widescreen formats shown on our big-screen televisions.

Here is the original text: 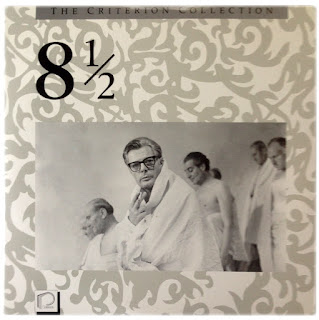 A decade ago, in the Orwellian year of 1984, The Voyager Company introduced its Criterion Collection line of special edition laserdiscs. Few of us then could have predicted how much this event would eventually benefit film lovers. And fewer still could have known how Voyager, in its way, would strike a blow against the gray world of uniformity prophesied by novelist George Orwell.
Why is the Criterion Collection so significant?
The cinema at its best is an eloquent and powerful expression of the human spirit. It can inspire, astonish, provoke, and enlighten. Frequently, it runs afoul of private interests and collective imperatives, giving us an unflinchingly honest look at life, culture, and politics. This is never Big Brother's cup of tea. Directors like Altman, Bergman, Bunuel, Fellini, Kurosawa, Renoir, and Welles struggle to reveal the human condition, not to pacify the populace or rally support among the troops.
Criterion has taken many of the most profound and important movies from around the world and presented them in their entirety. The director's vision is uncensored, restored, and as complete as possible. It is presented with the best possible film-to-video transfer, and preserved in a format—the laserdisc—that is fairly permanent compared to the fragile medium of videotape. Add to that the remarkable extras included with many Criterion editions, and the folks at Criterion have become the de facto guardians of some of our most precious cultural works. 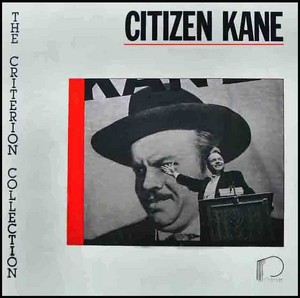 Criterion was also a key player in the establishment of laserdiscs as the home video format of choice for cinephiles. The debut of the first Criterion Collection titles—Citizen Kane and King Kong in 1984—convinced many film aficionados to invest in a laserdisc player. Both releases featured state-of-the-art transfers and electronic enhancements of the image. They were in the CAV (full feature) format, which allowed the viewing of individual film frames and the inclusion of supplemental material such as text and photographs. Voyager was the first company to use these features to enhance a feature film presentation. Citizen Kane and King Kong had production shots, film essays, and trailers.
And over the years, the Collection kept adding more to the discs. The Magnificent Ambersons included storyboards, the entire original shooting script, and the text of an earlier radio-play version. Close Encounters Of The Third Kind enabled us to watch either of two versions of the movie (!). Ghostbusters was a primer in special effects technology. The Fisher King featured deleted scenes and costume tests. And Akira had thousands of frames of original artwork and an in-depth study of the animation process. 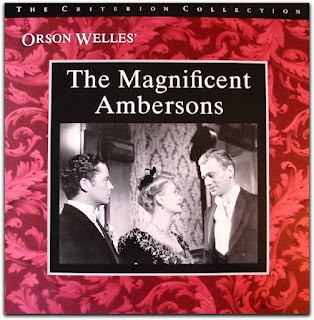 Criterion took the special, but previously unused, features possible only in the laserdisc medium and utilized them in wildly imaginative ways. For example, every laserdisc has multiple audio tracks. On King Kong, Criterion pulled off a neat trick and took full advantage of that capability: they included both the movie's regular soundtrack and a parallel audio commentary by film historian Ron Haver. The latter provided a shot-by-shot, scene-by-scene analysis as the movie played. This was an astounding innovation, and over the past decade, Voyager has released dozens of classic movies with film critics, screenwriters, and directors like Altman, Coppola, Gilliam, Malle, Pollack, Schlesinger, and Scorsese supplying on-disc commentaries.
Many of these directors are probably still in shock at finding their films so lovingly treated, after years of dealing with hostile or indifferent studio executives. The filmmakers discuss their daily decisions, mistakes, and flashes of inspiration during the shoots. They reveal the intended meanings and the accidental symbols contained in their films. And as they reminisce and analyze, we see on screen exactly what they are talking about. What film student or professor could have imagined this in his or her wildest reverie just 15 years ago? These are the world's greatest film seminars, often led by the directors (or other key figures) of the movies themselves!
What Criterion has done is to invent the annotated movie, replete with subtext, missing text, and might-have-been text. Those of us who love great films owe Voyager an incalculable debt for that, as well as for another heroic feat: the presentation of films in their original aspect ratios.
Before the Criterion Collection existed, all Cinemascope and other widescreen films suffered a debilitating pan-and-scan treatment that lopped off their sides to fit them into the square-ish television screen, be it for broadcast or home video release. "Enough!" cried Criterion, and inaugurated a policy of releasing all films in their original aspect ratios, presenting widescreen films without cropping them to the dimensions of a TV screen. 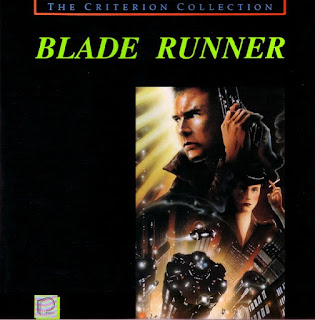 Skeptics (most of the home video industry) laughed, but the cineastes went crazy. Criterion pressed on, with Blade Runner, Lawrence Of Arabia, and other letterboxed films. Eventually, the other video labels followed suit and began to release widescreen versions in droves, and some special editions as well. By 1993 there were more than 700 widescreen laserdisc titles available in North America—and it all started with Criterion. [Today there are thousands of widescreen DVDs, not to mention widescreen TVs].
Under its line of Voyager laserdiscs, many other feats have been accomplished: the first annotated TV episodes (I Love Lucy); the first annotated collection of music videos (The Residents: 20 Twisted Questions); the release of many wonderful titles in the areas of art, poetry, mythology, and philosophy; trend setting CD-ROM multimedia productions; and electronic books.
Looking back to Voyager's beginning, it was rather presumptuous on their part to name a laserdisc line "The Criterion Collection." Yet it has certainly lived up to the word, in two ways. In the Chambers dictionary, "criterion" is defined as "a means or standard of judging; a test; a rule; standard or canon." Criterion laserdiscs have become the standard by which we judge other laserdiscs. And they are also the standard for judging the movies they present, by giving us the insights and intentions of those who made them. 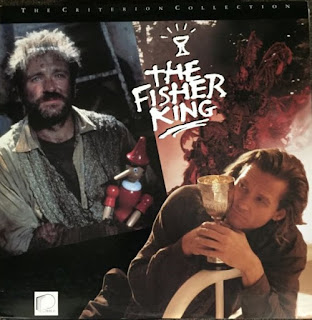 There are many filmmakers who would agree with Terry Gilliam, who remarked rather whimsically: "It's nice working with people for whom profit isn't the only reason for existence. They seem to be actually interested in film."
And then there is Louis Malle, who simply states: "Voyager is spectacular!"
We eagerly await the next ten years. 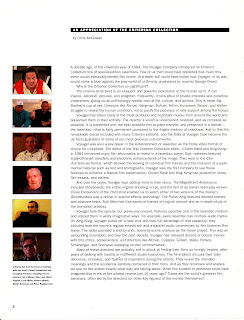 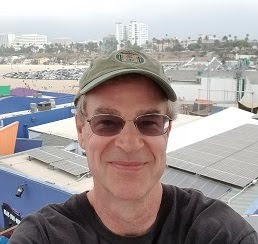 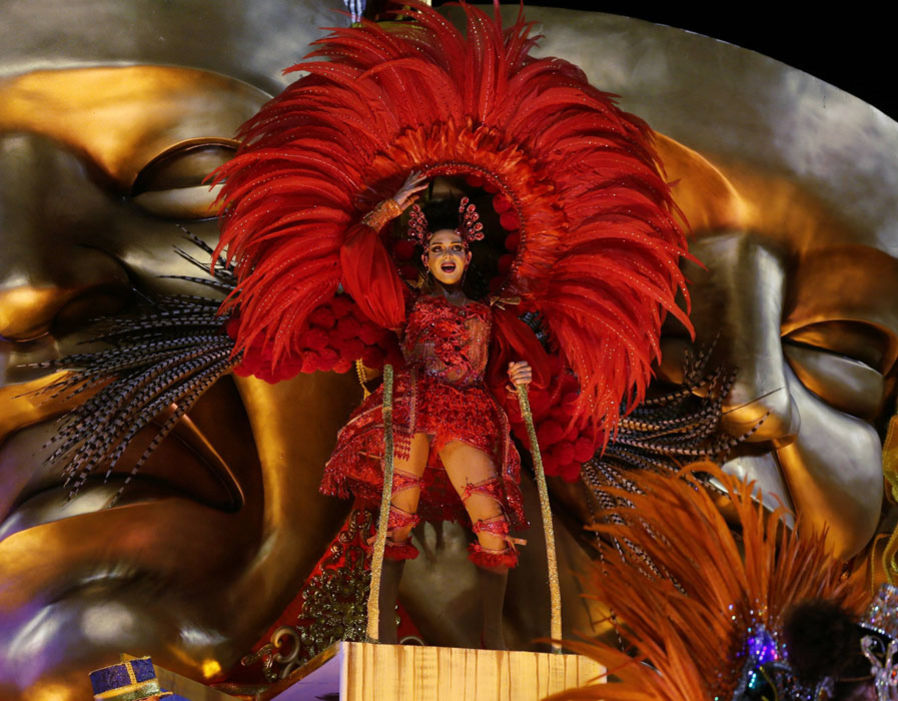 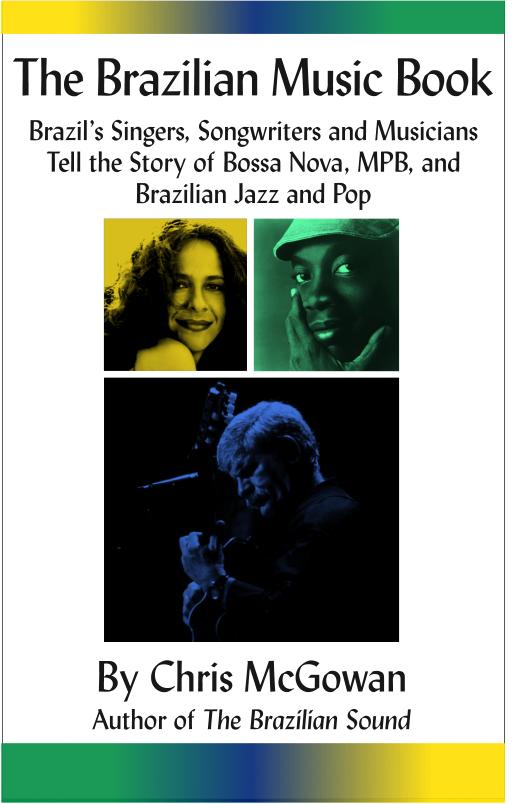